With Apple releasing iOS 8.1 overnight, the big question since the iPhone 6 was unveiled in September has been – will Apple Pay work in Australia?

The answer is…. yes – if you have the right card! 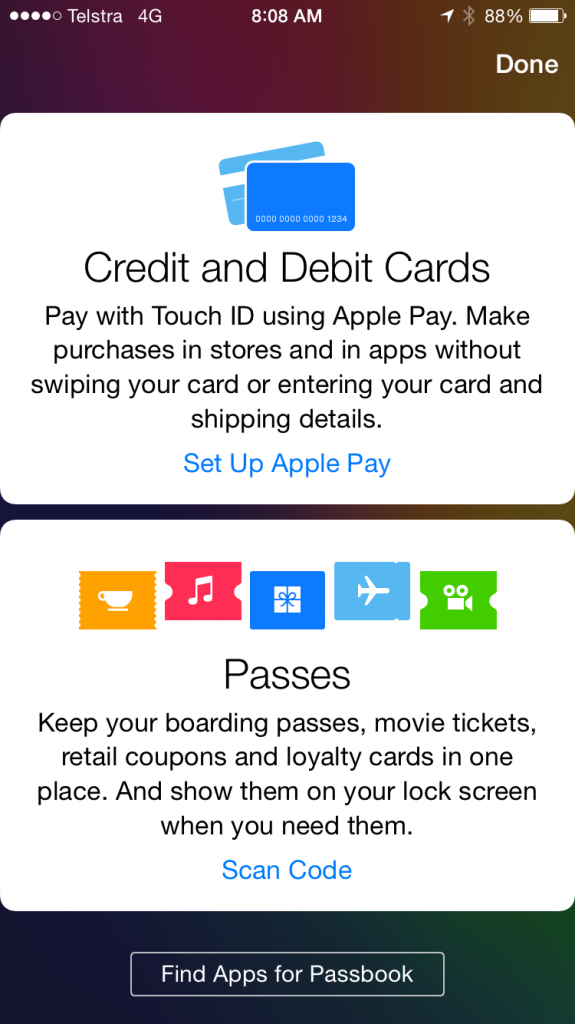 While out of the box the Apple Pay settings are hidden unless you’re in the United States, Apple Pay is displayed based on the region of your device.

It is not tied to an iTunes account; while you may be given the option to use an existing credit card from your iTunes account, you are not required to have one.

To show the Apple Pay settings, simply open the Settings app on your iPhone (or iPad mini 3 or iPad Air 2), tap on General, Tap on Language & Region, and tap on ‘Region’. Change it to the United States.

Now you should be able to visit Passbook and see the option to set up Apple Pay. While you can go through the setup process, your card must be issued by a participating bank before it can be used with Apple Pay.

If you try to add a card from a bank that isn’t yet supported (i.e a card from, or issued in Australia), you’ll simply receive an error. If you do have a card from a participating bank that was issued in the US however, it works just fine for purchases in Australia.

Anywhere you see MasterCard’s PayPass, Visa’s payWave or American Express’ ExpressPay (or simply, the contactless logo) – you can use Apple Pay Unfortunately, as you’re essentially paying with a card from the US, you’ll be paying currency conversion fees for anything you buy in Australia with Apple Pay.

As this shows that Apple Pay works fine with existing terminals at retailers in Australia, hopefully it won’t be too long before we see Australian banks climb onboard with Apple and offer their support.

Woo just used ᴘᴀʏ at a Shell servo to buy some Red Bull. Worked flawlessly even though I’m in Aus. Thanks @BeauGiles!

Successfully added my US-issued Bank of America debit card and used it at a 7-Eleven to buy a bag of chips. Way more convenient than Google Wallet, which requires you to unlock, go to the app, place the middle of the back of the phone on the reader, then enter a PIN on the phone. Just point your iPhone 6 and fingerprint scan. Boom.

Mind you, to get it set up I had to phone a US Bank of America phone number and read all my details to an operator to get it going. But now I’m purchasing with debit card US$ I bought at parity, so I might be coming out ahead in a way.  (via Toast Rack)

As well as some reports from countries that aren’t Australia.

(feel free to use Apple’s feedback form to submit your own 2c.)